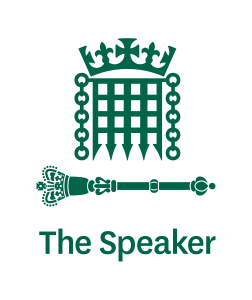 The Speaker’s Parliamentary Placement Scheme came along at an opportune moment in my life and indeed in my (stalling) career. By the time I saw calls for applications on Twitter I was mere months from graduating and had been roundly rejected by every public service graduate scheme in the country. This sense of failure was further compounded when I began receiving acceptances to postgraduate courses at top universities only to then find my scholarship applications declined shortly thereafter.

For four years I had juggled my studies with part-time work and excessive extracurriculars in the hopes that my strenuous efforts would pay off. Instead I watched friends with Banks of Mum and Dad get leapfrogged in to unpaid internships and expensive postgraduate study while I demoted my ambitions in real time: “Getting a job in policy or economics isn’t realistic, but maybe I can become an administrator,”, “Think tanks don’t hire people with my accent,” “Politics isn’t something done by people from council estates, it’s something that’s done to us.” I felt that I had worked twice as hard to get half as far. Even while going through the early stages of the Step application process my confidence had been so sapped that I never really believed I stood a chance of getting as far as interviewing in parliament, far less working there.

Now that my time on the Speaker’s Parliamentary Placement Scheme has come to an end I can see that the key asset I’ve gained from the experience is precisely that: confidence. Working in parliament has a strange Wizard of Oz quality to it; much in the way that Dorothy’s dog pulled back the curtain and found a little old man, I feel like I’ve now seen behind the curtain of the British State and can no longer be intimidated by its elite (and elitist) institutions. 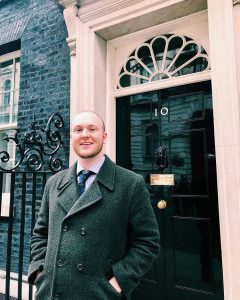 During my time on the Scheme I had incredible experiences: working on improvements to social security for bereaved children, publishing research on how to improve home ownership rates for young people, visiting 10 Downing Street, meeting climate crisis campaigners, arranging interviews with Sky News and the BBC, stumping Theresa May with a slick PMQ, helping constituents in crises, compiling research on the Welsh economy for the Autumn Budget and Spring Statement, visiting think tanks, tabling questions for ministers. I wrote articles for national newspapers, edited videos and online content, attended All Party Parliamentary Groups (APPGs), drafted press releases – and more importantly I didn’t just do all of these things, I did them well. Really well.

By the end of my time on the Scheme I was once again applying for roles in think tanks, politics and the civil service. Where one year previously I had been sending applications out in to the ether and hearing little to nothing in response, suddenly I was getting interviews almost instantly. As crass as it may sound, having the House of Commons on your resume really elicits a response few other institutions can rival.

After leaving parliament I joined the Government Economic Service as an Assistant Economist, working primarily on econometric and data analysis. It’s a job I never would have been so much as considered for without my experience in the House of Commons on the Speaker’s Parliamentary Placement Scheme. Outside of my day job as an Assistant Economist I’m now also involved in the Civil Service Social Mobility Network, trying to break down the barriers that block other working class young people from pursuing public service careers – in Westminster, Whitehall and beyond.